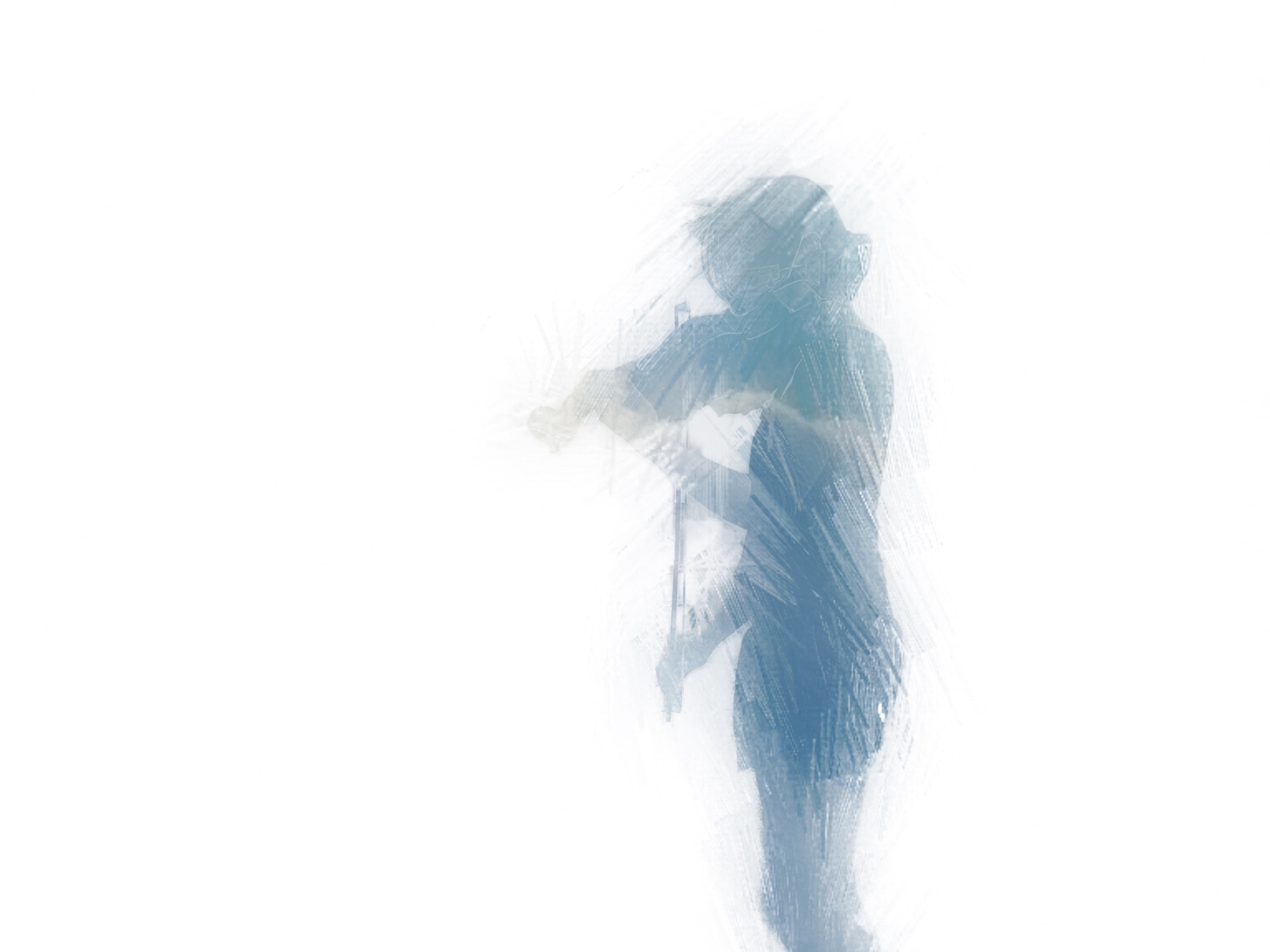 This blog post is part of the Random Sampling Singapore project. The Project aims to sample 100 places on the island of Singapore over a one year period in order to gain an unbiased and holistic view of the city state.

Once on a weekend in Februar 2022 I met Claudia Huang at Artporters Gallery, where she was performing together with her friend Sarah Ng a live concert for raising money for the children’s charity Playeum. The concert was enchanting, surrounded by the artworks of Lim Soo Ngee. After the concert my daughter and I were asking her about her instrument. The Viola- which creates dark, but warm and reedy tones – powerful, resonant and kind in the same time. It turned out that the young American musician behind this instrument is characterized by the same attributes.

I asked her to do a coordinate with me and she blindly chose the number 73. Coordinate 73 is located on the unreachable Tekong Island, right next to my heart coordinate #21_perspectives. I asked her to meet at Changi beach to look at this coordinate from a distance and I was hoping she was bringing the viola along. She was not only bringing her instrument along, she was bravely playing with wind and waves in direction of the coordinate.

In the following paragraphs Claudia is describing her experiences of that day:

“One of the most-told stories from my childhood is when I refused to leave a beach at Cape Cod at age 2, even though it was frigid and miserable. My parents got in the car and started driving away, and I still wouldn’t stand up or let go of my sand pail. It was an early moment when my parents realized how much I love the beach, and how stubborn I can be.

I am eight of ten months into a research project in Singapore, and these days my “I want to stay here” moments usually take place at concerts and art events. I rarely come out to the coast, and I hadn’t been to Changi Beach Park before. When I got off the bus and heard the waves and felt the breeze, it felt cathartic to me… I asked a not unfamiliar question to me this past month–why am I not prioritizing this more in my life?? I’m thankful to Bettina Schleier for inviting me out to participate in her Random Sampling Singapore project, which led to this adventure.

Bettina’s daughter Anna and I spotted each other first! She brought me over to Bettina and Sven, and we walked and explored a bit. We had only met once before at a gallery show; we talked about life and got to know each other better over a small picnic. They are so easy to get to know—warm, good-natured, and considerate.

Bettina pointed out that coordinate #73 was somewhere across the way on Tekong Island, which the Beach Park overlooks. I loved the half moon beginning to rise overhead. I’ve spent many hours looking and thinking about the moon here, somehow enchanted by its different angle as compared to my normal orientation much farther north on the globe. We cracked up when a cargo ship bulldozed through our picturesque view, with blockletters GASCHEM on the bow. I felt gratified that Bettina pointed it out and found it as annoying and funny as I did.

As we kept exploring, I was a bit puzzled as to how I would fit into the soundscape. What kind of sound did I want, could I try to inhabit—wouldn’t a viola sound strange in this atmosphere? What key is a beach park in?

As I tried to get situated, it was nice to have my first directive: to collect a physical sample. Bettina gave me a pouch full of materials, from which I selected a clear vial. I liked exploring and feeling what was around me. Seeing all the different elements in my environment, I looked to keep a sense of togetherness in my sample, hoping to include a mixture of textures, elements, and colors. I created a mini terrarium of ocean water, seaweed, flower petals, shells, and sand. Thinking about the different density and space these elements took up, I named it “suspension.”

The wind was glorious—especially when the sun is so hot in Singapore—but it posed a dilemma for my recording, and my playing for that matter. Getting my bow onto the strings took a LOT of effort, especially because I did not want to make any sort of jarring sound. Nothing in the soundscape was abrupt—not the ebb and flow of the wind and ocean, the occasional tinkling of bicycle bells, the steady chatter of people hanging out—and I wasn’t trying to interrupt that with an inopportune crash as I fought to get my bow back onto the strings.

I decided, for my first sample, to give up on the idea of playing with a long, sustained sound. Something I love about my bowed instrument is this constant tension—that with concentrated resistance, you create a beautiful, full sound (tone); that through an unwavering sound (legato), you create direction (phrasing, dynamics). I decided to abandon this way of playing that I usually like. I wasn’t interested in fighting the wind; rather, I thought about dealing with it instead. I thought about how harsh and loud the wind would sound against the iPhone microphone, how interesting and expressive that would be, and how my viola could live in the background of that, offering a smoother, more present sound…

For the second sample, I saw three girls sitting on a ledge facing the ocean and another girl further off to the side, sitting by herself. I thought about how I might fit into what they were thinking and perceiving. I hoped my sound—as thin as it might be amidst the wind and ocean—might add a bit of warmth to what was around them. While I was playing, the wind was so strong that I shifted the angle at which I was standing a few times. It felt like I was getting bowled over. Throughout my playing, none of the girls turned or showed any indication of hearing anything different. I wondered if they heard or perceived me at all.

Afterwards, Sven asked me if I had been playing any piece in particular. “Nope, I was really just playing random notes.” As I thought about it, I explained that it came partially from what I wanted to play next in my head, and otherwise from what felt good in my hands at the time. They decided they liked the name “random notes” for coordinate #73.

I loved chatting with Bettina and family for the rest of the evening. I learned that Bettina had also lived in Taiwan previously. She had spent a year there when she was 26–the same age I am now as I live in Singapore for a year.

Through all this, I thought that maybe coordinate #73 is about gentleness. About trying to see something for its entirety, and learning to accompany the big and small things about it. That despite its vastness, randomness, or distance, that I could orient myself to accommodate it all, to be a part of something new and different…

I felt Bettina, Sven, and Anna were so open—so willing to invite a new friend to explore and experiment in a new environment. Here in this phase of my life, or maybe as an American in Singapore, I often feel like I wear my heart on my sleeve, maybe too much. But I felt I could share so much of myself and what I’m thinking of in this moment with them.

On a shared ride back home, seeing the skyscrapers and entering the city center, I learned that Anna can select a stringed instrument to play at her school in the next month or so. She said she wants to pick viola! The part of me that lives and breathes for music education, aka every part of me, was SO flattered and excited. What primary school student picks viola, right?! I know that nothing might come of this–she might change her mind, or not like it. But, I also know that an instrument can give you so much, and that any meaningful encounter with it is worthwhile. To end such a memorable outing with this conversation made me happy. I will remember this day with lots of hope and openness.”

I was pouring the suspensions samples in a Petri dish and was looking under microscope at the algae, shells and flower pedals. With the pictures from the beach day and the microscope I was underlining the audio recording from the first spot.

Thank you Claudia for this great contribution to Random sampling Singapore.